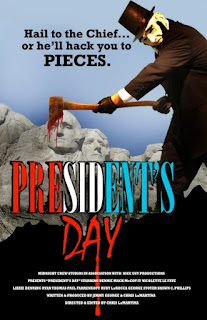 Presidents day, brought to us by Midnight Crew Studios, is a funny and bloody homage to the holiday themed slasher films of the 80s. This nifty little flick was Directed by Chris LaMartina and written by both Chris and Jimmy George, the guys behind the intriguing and original Book of Lore. Concerning a whack job wearing an Abraham Lincoln mask who brutally takes out high school students involved in the campus election, you get 80 minutes of pure entertainment. Blood, jumps and laughs aplenty.

Featuring a great cast of quirky characters ranging from sweet new girl Joanne (Lizzie Denning) to uber bitch from hell Chelsea (Nicolette Le Fay) to creepy janitor (Lee Armstong) Presidents Day succeeds from the offset by making us care about a lot of the would be victims.

Now there is nothing worse than a film claiming to be an ode to the slasher greats turning out to feature a few bland stabbings and weak acting. Sorry, but it’s true. That really isn’t an issue here though as Presidents Day gives audiences death scenes galore! Not content with simply axing his chosen victims to death, old Abe employs many different methods for his murdering ways. Some of the more off the wall kills includes a gruesome kill via hair straighteners and a head squish by mop bucket.  Oh...... and some twins get pinned. How about that! 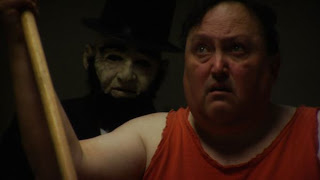 The identity of the killer in the film is a very well kept secret. Every time I thought I had it right I was proven wrong and when I finally decided ‘haha I really have got it now’ I was still wrong! The final reveal however did satisfy me in the fact I had picked up one of the important clues earlier on (and subsequently discarded it again, so very well done to Chris and Jimmy’s script!)

It also has to be said that there is an excellent mixture of horror and comedy in Presidents Day.  I laughed out loud at several scenes and this is down to some great one liners and performances. Nicolette Le Faye regularly steals the show as the election crazed snot ‘Chelsea Blythe’ and all of her scenes are highly amusing. There is also a brilliant feel good moment towards the end when a characters deceptions are broadcast to the whole school. At the same time as this was occurring I was on the edge of my seat knowing that the horror was still not over and that it was about to recommence for the finale. But back to that feel good moment; I was actually grinning from ear to ear – maybe I’m too sensitive?? 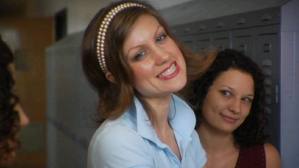 Other enjoyable performances of note include both leads as ‘Barry’ and ‘Joanne’ respectively. Bennie Mack McCoy  IV and Lizzie Denning both come across as very natural actors, leading the film perfectly.  I also found the entire faculty amusing in their own right, particularly the stern but really kind of sweet ‘Vice Principal Mackay.

The most outstanding merit of Presidents Day for me is how Chris LaMartina, Jimmy George and co effortlessly prove that horror can still be fun. Not all audiences want to see yet another personality void victim tied to a chair having their ears, eyes and nose slowly removed (although to be fair this flick DOES include some of these being removed!). It’s also extremely well/professionally shot and you have to remember that this film was made on an absolute micro budget. Chris also serves up some great direction, particularly the scene depicting an ill fated trip down to the school basement. 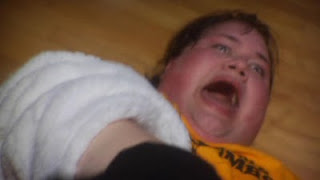 I really hope that the distributors of this flick get a release date pinned down asap. It baffles me that they would sit on such a well made, well presented and stupidly fun horror movie for so long - especially considering the fan base it has gathered. Whatever happens, I sincerely wish Chris and Midnight Crew Studios the best of luck for Presidents Day eventual release and also that of their upcoming beer and blood soaked horror pic Witch’s Brew (Review coming shortly). Check out both flicks HERE: 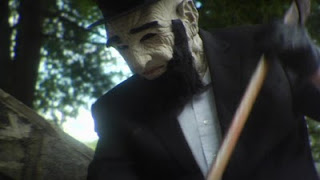