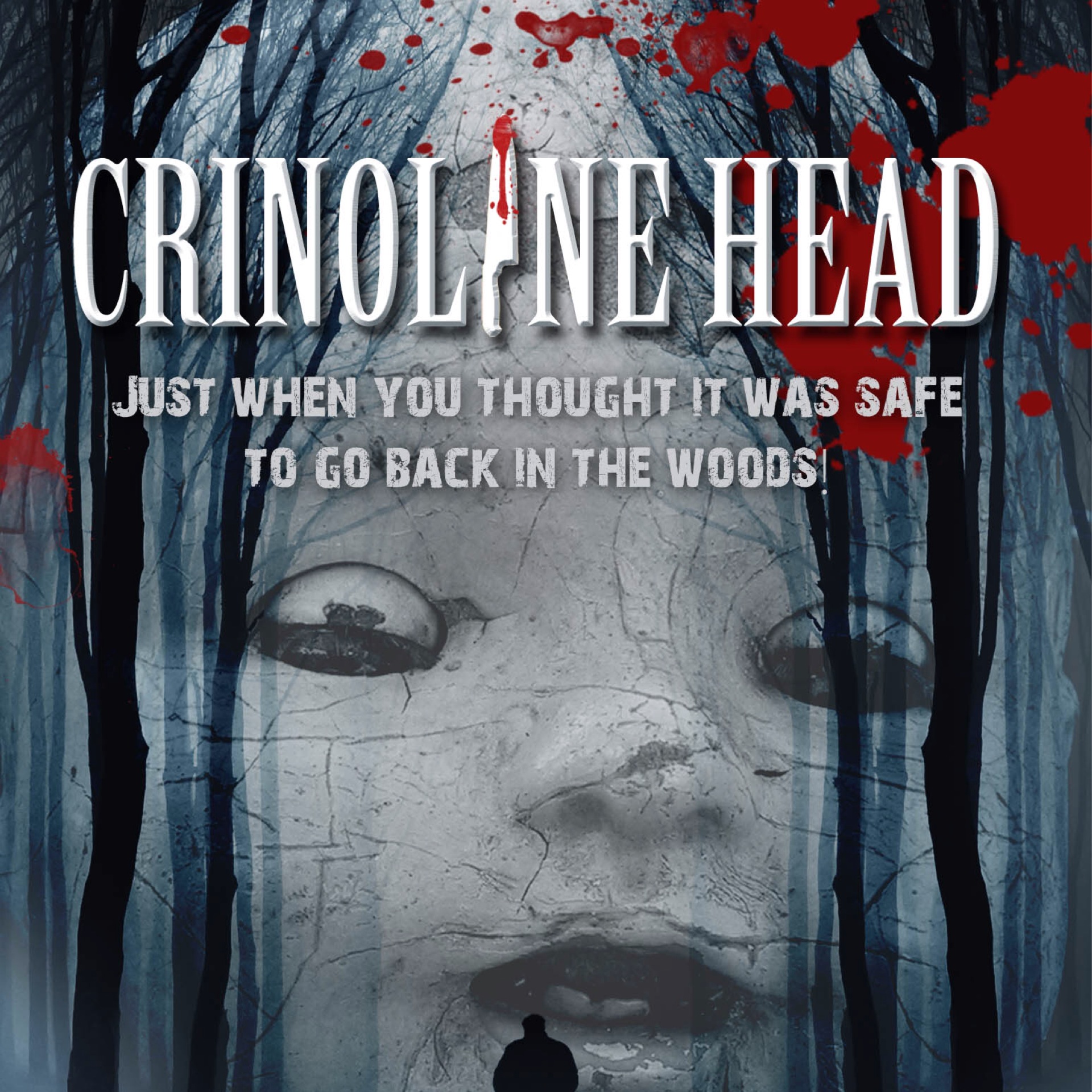 I have been meaning to review Crinoline Head for absolutely ages, since I first saw it in fact, a few years ago. A slasher film with the usual premise (although this film soon separates itself out from the crowd) of a group of college kids; some good friends, some not so much, on holiday at a lakeside home. There is of course a maniac on the loose and these squabbling young uns' are soon wandering off separately left right and center just for him! Said killer covers his identity with the titular crinoline skirt which is a nice, offbeat diversion from the usual Halloween or hockey mask!

There are a number of things which, for me, set Crinoline Head apart from many a slasher movie, particularly those also released in the 90s. There are the kills for one, comical and crazy, with a dark dose of imagination on par with Sleepaway Camp. A murder involving celery (yes CELERY) and one involving a recently used toilet both stand out - fun and absurd just as they should be. Secondly, the characters are wonderfully varied and colorful to say the least. Tracey Powlas is hilarious as dumb blonde with a bad attitude Jenny while Cathy Slaminko is even better as mean girl Trish - her lingo has to be heard to be believed, truly and brilliantly bizarre. That brings me onto my final point and that's how elements such as the quirky dialogue and the most unusual choice of  mask for the killer give this films very much its own identity.

I enjoyed most of the acting, all of the actors playing the college kids do a great job of bringing their oddball characters to life and Elizabeth Taheri as 'Robyn' provides a decent heroine.

A slasher comedy well worth your time - if this one slipped by your radar back in the 90s you can grab your very own copy over at Amazon or On Demand.

You can then help to make slasher history by lending a hand to director Tommy Faircloth who is gearing up to make....Crinoline Head 2! Yes that's right...18 years later and the sequel is coming your way. Please head over to Tommys Indiegogo page to read all about the project and how you can help. There are lots of awesome rewards for pledging to this and lets face it...the main one will be getting to see a follow up to Crinoline Head!  For even MORE on Crinoline Head 2, head on over to the official Facebook page and give it a like while you are there :)