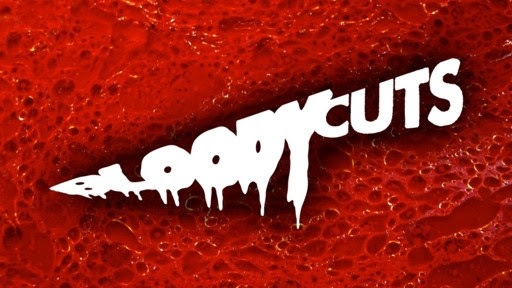 This is the start of a new piece covering the fantastic Bloody Cuts  web series which launched last year with the creepy and unsettling Lock In. Bloody Cuts is a thirteen part horror short anthology which is already halfway through and has racked up an amazing amount of support from horror fans and even celebrities (Stephen Fry donated to these guys very generously!). Started in the UK by a small crew of passionate filmmakers, the Bloody Cuts team has grown significantly since and with each film get more ambitious and     inventive. Please visit the official Bloody Cuts website for further information on this impressive group of horror aficionados!

In the meantime read on for a short review on each film released so far and please feel free to check out the films themselves. Please keep an eye out for further reviews and addtions to be added to this page over the coming months!

Lock Up is a three minute, nifty little chiller, successfully invoking that dread you get when you are all alone in an empty building. Only in this scenario it soon becomes clear that an irrational fear of the dark is not all our main character (played convincingly by  Josh Burdett) has to worry about. The short climaxes with a great creepy build up and final jump shock which I can guarantee will make you sit up, pay attention to Bloody Cuts Films, and check out what else they have to offer. Massively recommended. 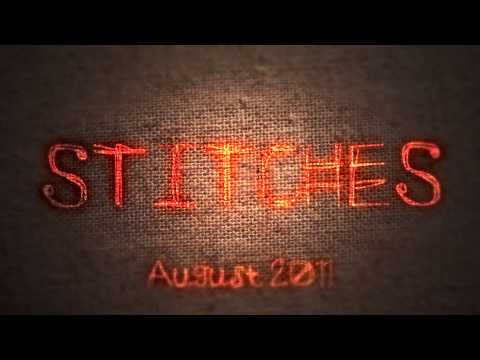 Stitches stands, so far, as my favourite of the Bloody Cuts teams films. Its a five minute, urban legend influenced horror yarn about a babysitter (a suitably terrorised Bethen Hanks) who gets far more than she bargained for. I am extremely impressed how, in such a short time, this film manages to instil utter dread in you, creep you the hell out and finally deliver a nice satisfying pay off. The home which our main character Rachel is occupying for her babysitting gig serves as the true villain of the piece of me. Its absolutely adorned  with toys, clowns and creepy paraphernalia (excellent, excellent touch with the bobbing head Freddy Krueger!) and it is this factor which makes Stitches so engrossing, ensuring viewers follow it right up to the nasty pay off. Watch it, watch it now, and sleep with the lights on for at least a week.

Prey, the third entry in the series features a one night stand gone horribly horribly wrong. To say too much would just be a total spoiler so I would just say this short plays effectively like an old Tales from the Crypt episode where somebody does something very bad - and it comes back to bite them on the arse...hard. Some really great performances here in this one from all three main players and some excellent makeup effects. The majority of the actual action takes place in a dark room and this is used to significant effect. Also the end scene is just fantastic. Another strong entry into the series which just shows a group of film makers learning and growing into something to truly be wowed about. I cannot honestly imagine where these guys might go with a feature film.

Mother Died certainly stands as the most intriguing in the series. I would really hate to give much away about this one so I will leave out plot details. What I will say is that the acting from 'The Daughter' (Sarah Winter) is superb considering she basically carries the bulk of the film, her sad and slightly despondent nature drawing you into her mysterious plight. The ending then knocks you for six with a brilliantly staged, unexpected assault. You may be forgiven for anticipating an 80s inspired slasher short due to the excellent 'mom and pop' video style artwork but the film goes in a completely different direction  and I can easily see why this film was so applauded by fans.

Suckablood, the newest entry in the Bloody Cuts series is presented as a dark and gothic fairytale, creepily narrated by Ben Tillett. The narration poetically spins a story of a young girl, terrorised by her own mother into believing that an ancient and evil creature will come for her should she dare to suck her thumb. This film is amazingly shot with some truly authentic and eye catching imagery. It also delivers a nice, satisfying final twist and a glimpse at the Suckablood himself for which the make-up effects are very impressive indeed. Based on all films, but particularly based on the technical merits of this one, I am very excited to see what's going next from these guys.
Posted by Mark B at 02:15