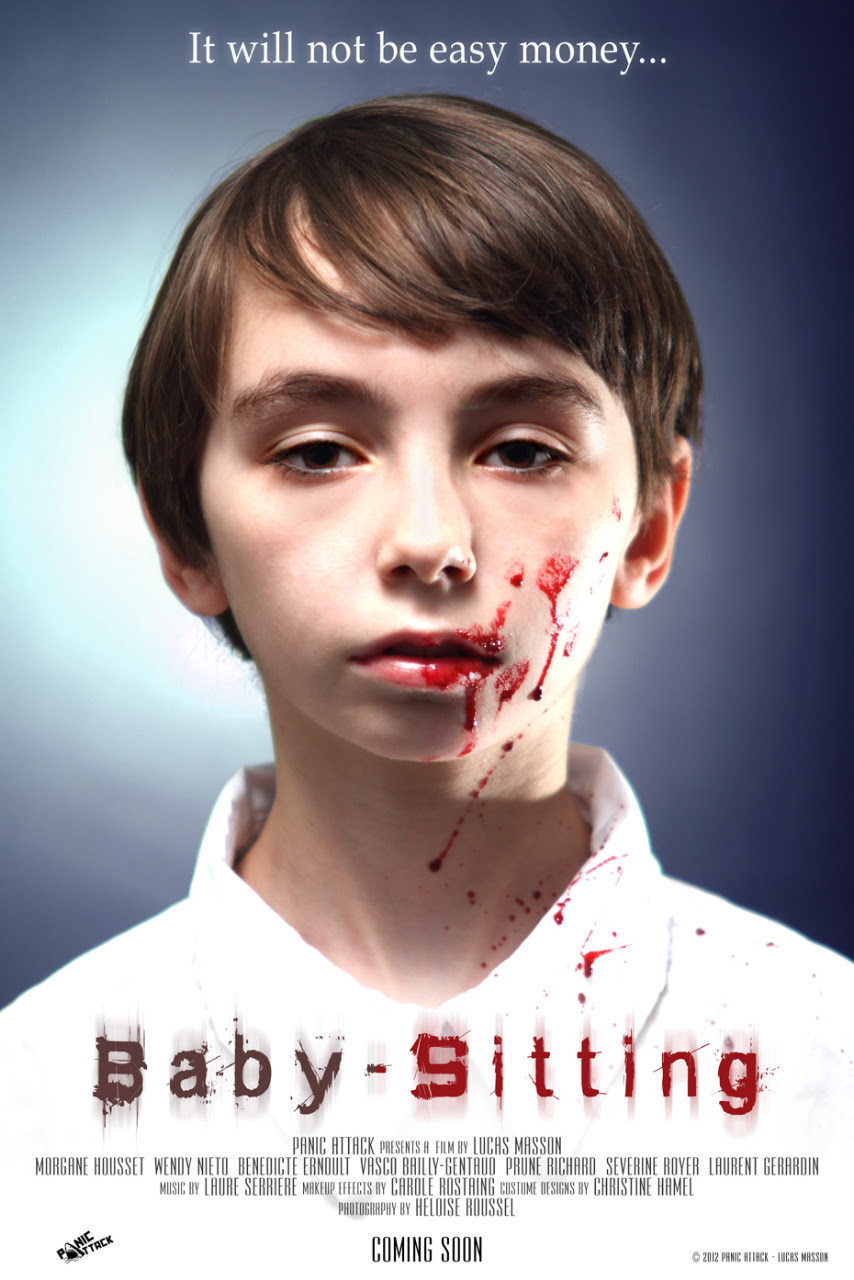 
Lucas Masson's Babysitting is one of the most entertaining short films I have seen recently, and I have seen a lot of brilliant shorts in the last few months!

The simple plot involving a young girl babysitting for a rich couple is given an insidious layer of creepy thanks to the performances of her two young charges. Dead eyed and unmoving, the young boy and girl give off an instantly unsettling vibe which helps to ratchet up an incredible level of suspense.

It's only after the young girl, Elise (Morgane Housset) invites her two female friends over (fun performances by Wendy Neito and Benedicte Ernoult) that things take a turn for the out and out sinister.

It's clear from the start that these children are not exactly normal. The parents, for all their oddball cheer, don't exactly exemplify the standard family unit either, so it's safe to say that things are very very wrong in this household. But even the fore warnings probably won't prepare you for the sudden onslaught of grisly violence and relentless blood spray. It's incredibly impressive just how damn good the practical effects are in this 20 minute movie and I know from speaking with Lucas, that it was made on a very low budget. I also like how some nice black comedy is thrown into the gory proceedings. Call me a sicko but the Cub Scout scene was just too funny. My jaw kinda of dropped in shock and then...well I just laughed out loud. I am pretty sure that's what they were going for with this scene and it just made this quirky little blood fest that much more insane.

The film is also really well made, it doesn't look like a low budgeter at all and the cinematography is lovely and clear. The acting is good across the board, all three girls are fun to watch and Morgane Housset really comes into her own towards the end as she tries in vain to escape with her life. Both parents, particularly the mother (Roma Leone) give cheerfully eerie performances which brought Aunt Martha (Desiree Gould in Sleepaway Camp) to mind and the kids (Vasco Bailly-Gentaud and Prune Richard) ...well they nailed it. I don't want to give much away so I can't go into detail on the children's performances but I would say they might just scare anyone off babysitting- for life.

A massively recommended watch when you get the chance, I promise you, you will have a great time with this one! Check out the films official Facebook for more information on the film and get all over it as soon as you can!
Posted by Mark B at 04:10