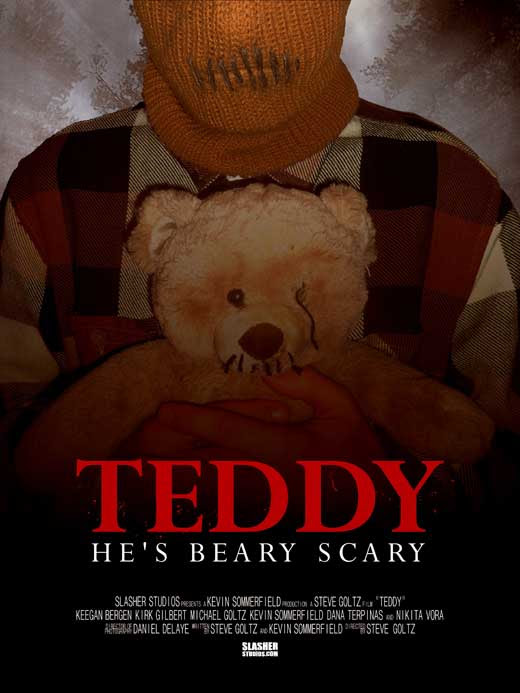 Yep it seems these kids don't have a moral bone in their bodies when they hit an old guy with their car and choose not to report it. Sadly for them there was a witness - 'Teddy' a mute man child who wields, you got it, a teddy bear. Donning a really creepy looking ski mask, Teddy sets about righting some wrongs and these four reckless teens are about to get wasted..permanently.

Some great death sequences and effective stalking shots really make Teddy a great watch. A tossed axe and hot-dog-on-a-stick stabbing really stand out and the tiki torch impalement may just make you wince! As for that unlikeable character,the dude driving the car in the first place Clay (Mike Goltz) - here is one of the biggest arseholes witnessed in a horror movies. Great acting here though on Mikes behalf...I am sure he is a nice person in real life! The film is also particularly well shot, no low budget trappings to be seen or heard here, and also has a perfect score.

For 11 minutes of viewing, Slasher Studios have managed to create an excellent slasher short which promises bigger and better things to come. I for one cannot wait to see more!