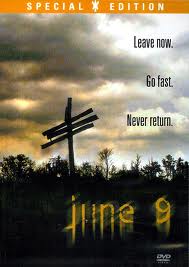 A really solid entry into the found footage sub genre and a huge shame that it’s not *yet* more widely known.  I can’t wait to see what Tim Michael Conway might come up with next, he clearly knows what scares us and I hope to see many more great things from him.
Posted by Mark B at 09:52