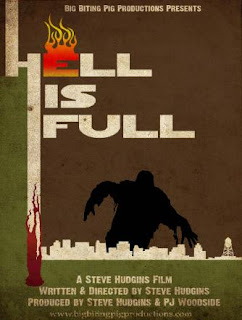 Kentucky based Big Biting Pig Productions turns the zombie sub genre on its rotted head with their inventive and original horror film Hell is Full.


Hell is Full tells the tale of a small town succumbing to the nightmarish scenario of townsfolk falling sick /dying only to return from the dead. Sound familiar? Probably. What sets this film apart from others of its kind is the unique way writer Steve Hudgins (also director and star of the film) chooses to share the chain of events with the audience. The movie initially opens with a gory and jump filled home invasion scene featuring zombified townsfolk. This scene however is product of previous events where a large number of locals are transformed into zombies due to various encounters with those already infected. It soon transpires that a meteor had landed in town and one character became infected by the contents within initiating the deadly chain of events we are slowly seeing unfold. 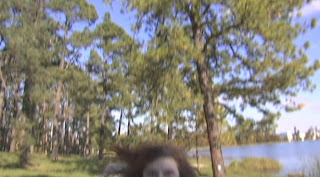 Hell is Full features some great jump scares and a nice level of body munching grue. It also has its share of really creepy scenes such as the infected guy in army gear lurking around and the final scenes showing the various residents of the town wandering around....looking for more 'food' no doubt. The army guy in particular really got under my skin every time he showed up just wandering around. The death/attack scenes themselves are simple yet effective, with just the right chomping sounds to satisfy the gore hounds but not so graphic to make the more sensitive steer clear. 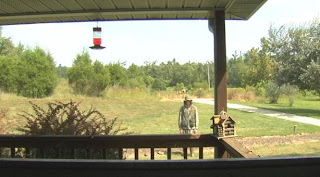 I enjoyed a lot of the performances in the film. Randy Hardesty and Kristine Renee Farley as doomed father and daughter stood out as did PJ Woodside's (also co producer) wronged wife. Cindy Maples is as great as ever and plays a far naughtier character than she did in BBP's most recent outing: The Creepy Doll. The awkward scenes with her husband (played by Steve Hudgins) who smells a rat of the human variety in the bedroom, are particularly excellent. 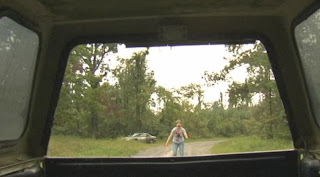 All in all Hell is Full is an indie horror flick which deserves the attention it has continued to receive since its release. I think if you are not personally a zombie fan you could still find a lot to enjoy in the movie due to engaging characters and a very smart script. Plus it's nice and eerie in many places and doesn't rely on an abundance of gory zombie attacks from start to finish! Check out more about the film  here and pick up a copy! I also highly recommend all other available titles. BBP are currently working on a new film: Spirit Stalkers, which is due for release in this summer. Spirit Stalkers looks like it's going to be a great spin on the paranormal investigator style ghost story and I am sure from previous films that it will probably something very fresh and innovative.

Further links for your perusal: